An Interview with Terrance Lam

How Graphic Designer Terrance Lam created a stunning decor for a wine label for Enrico Winery. 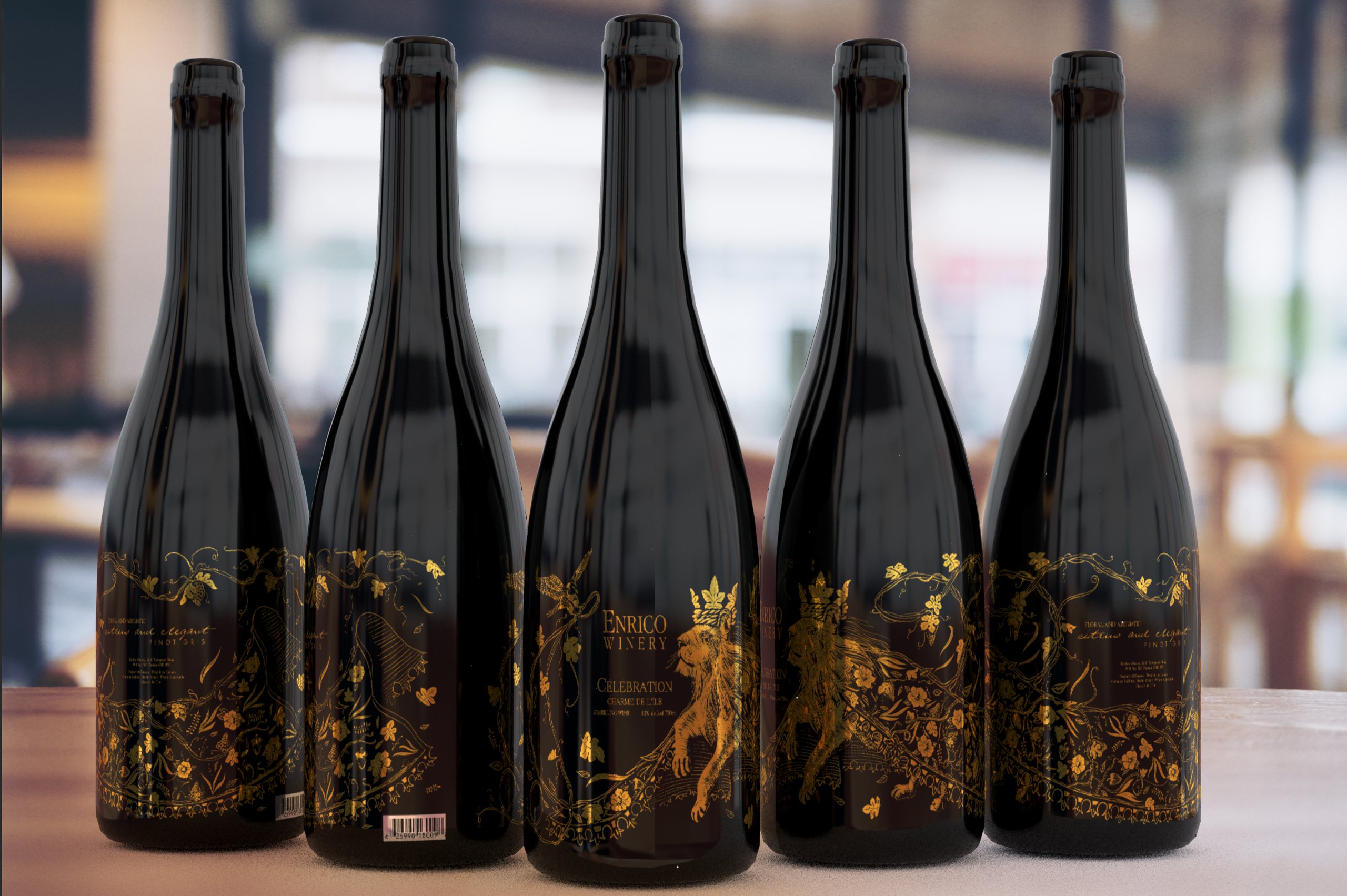 Terrance Lam: I am a marketing and graphic designer with 30+ years experience. I work for Enrico Winery as their marketing strategist, photographer and designer.

I started this project approximately 18 months ago with the goal of elevating the look of our current sparkling wine product to another level. We had been looking at decorated bottles as an option to avoid having paper labels and to have it etched directly on the bottle. I had explored multiple options on how this project was going going to play out, and in the end I decided I wanted to create a totally digital workflow out of this from start to finish.

Starting with a few different applications, I soon realized one of my big concerns was having it high enough resolution to be able to reproduce it as a graphic for signage or on vehicle wraps. The following image was drawn in Concepts and then vectorized and added as a vehicle graphic to illustrate that point. 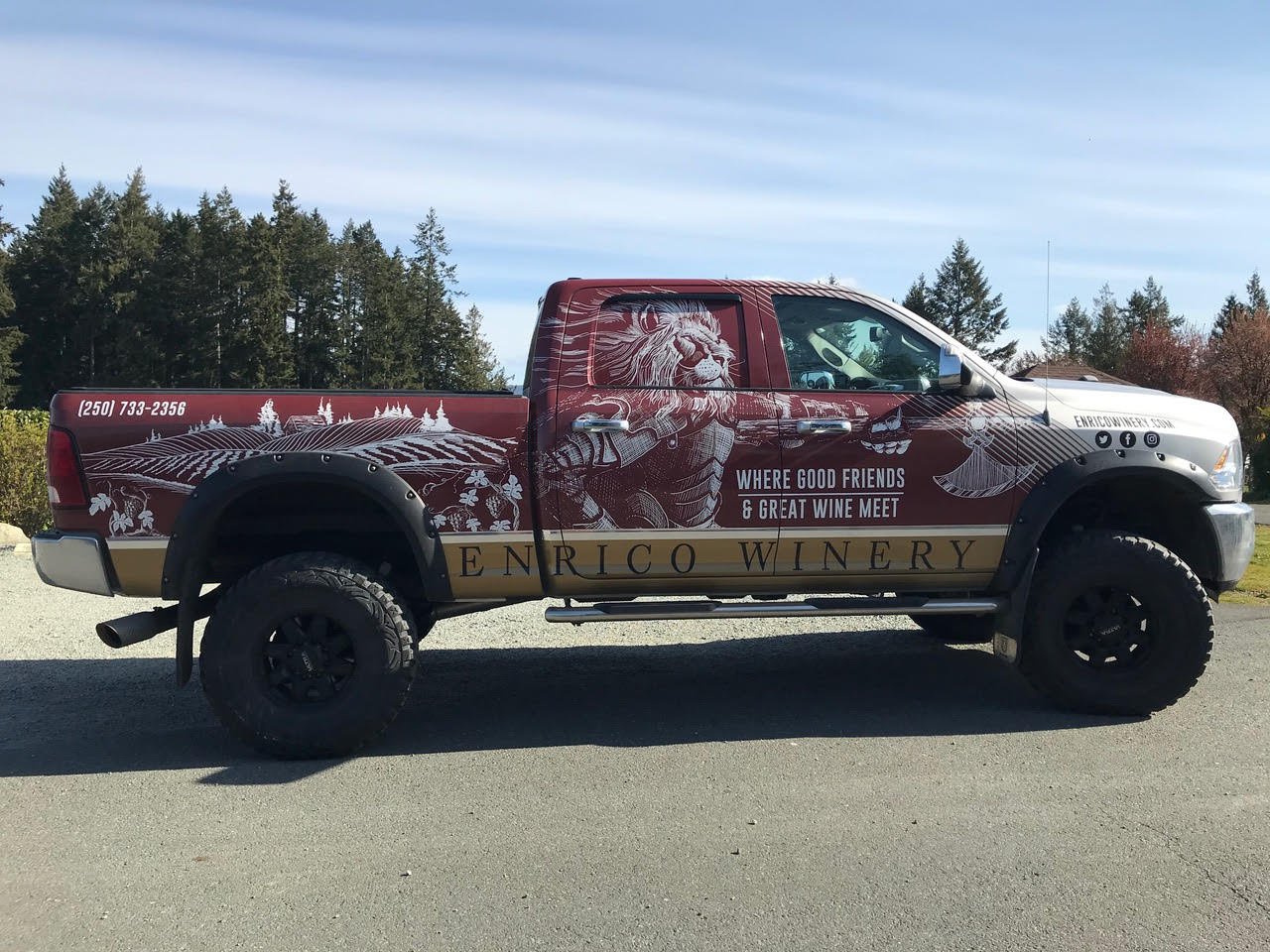 Ultimately, the goal was to create an etched or scratchboard look, something I had done 25+ years ago. I was hoping I could do it digitally rather than go out and source the tools to do it by hand. After looking at a half dozen drawing apps online, I settled with Concepts for a number of reasons - the infinite pasteboard, the vector supported tools, the interface design, layer control, project organization, and the ability to easily erase elements (which became a more important factor later on). The introduction of the Slice tool gave me the ability to finalize my finished look, giving it a more natural etched tool look, especially since I was exporting it to a vector format.

All of this was done on my first generation iPad Pro 12.9 with Apple Pencil. The full support of pressure and angle was important to me as I needed to be able to vary the stroke sizes to simulate the etched or scratchboard look. 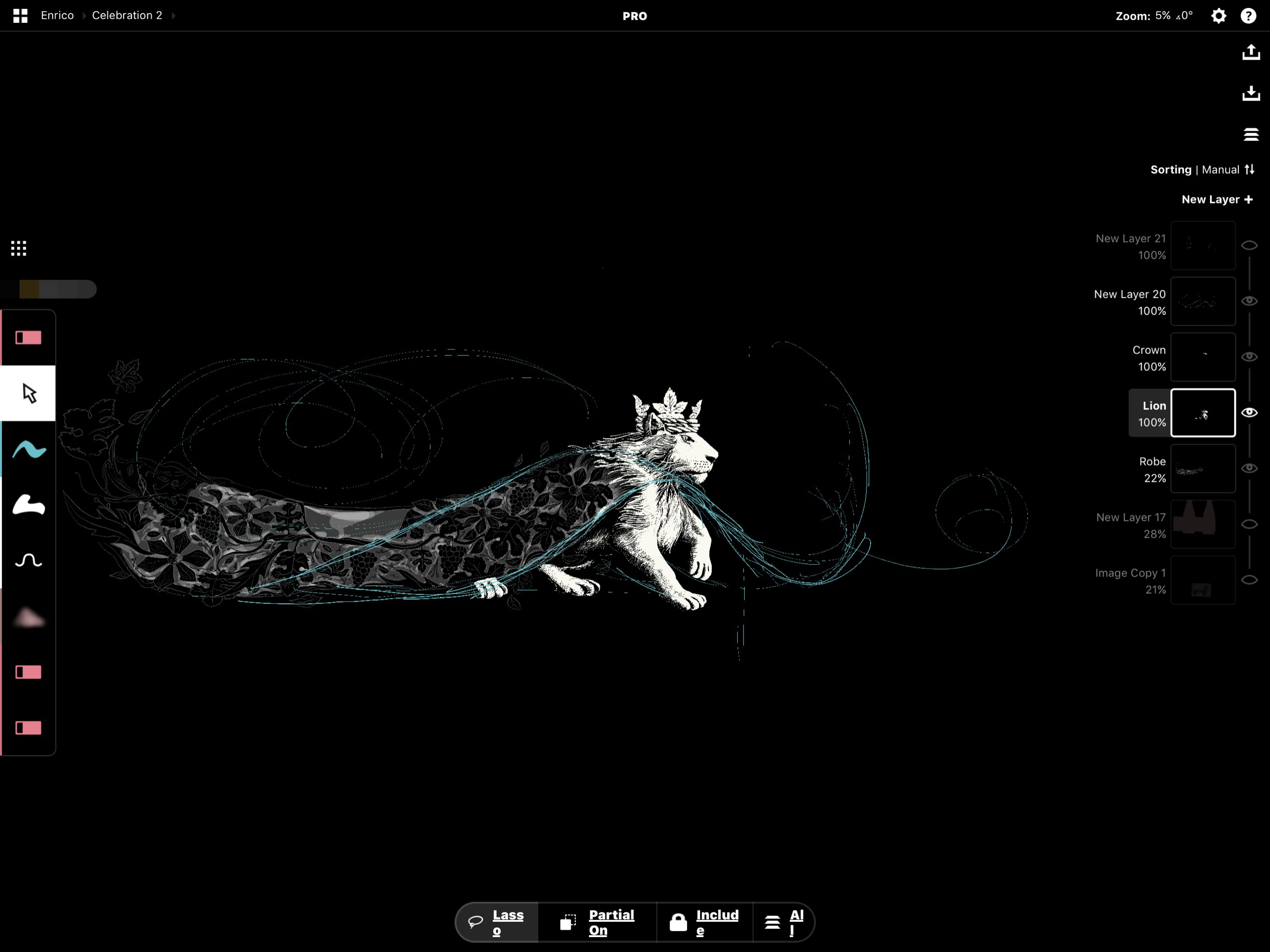 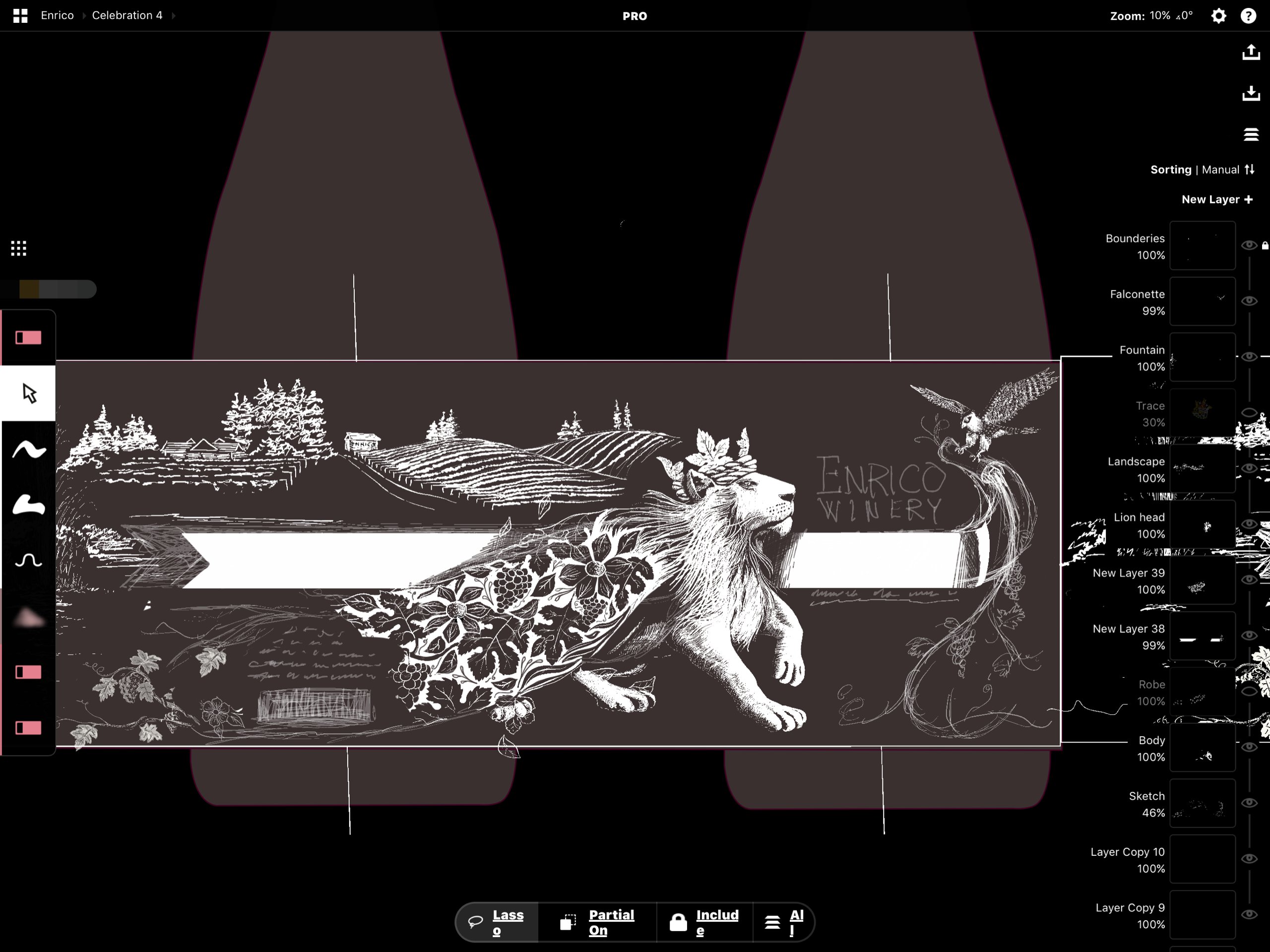 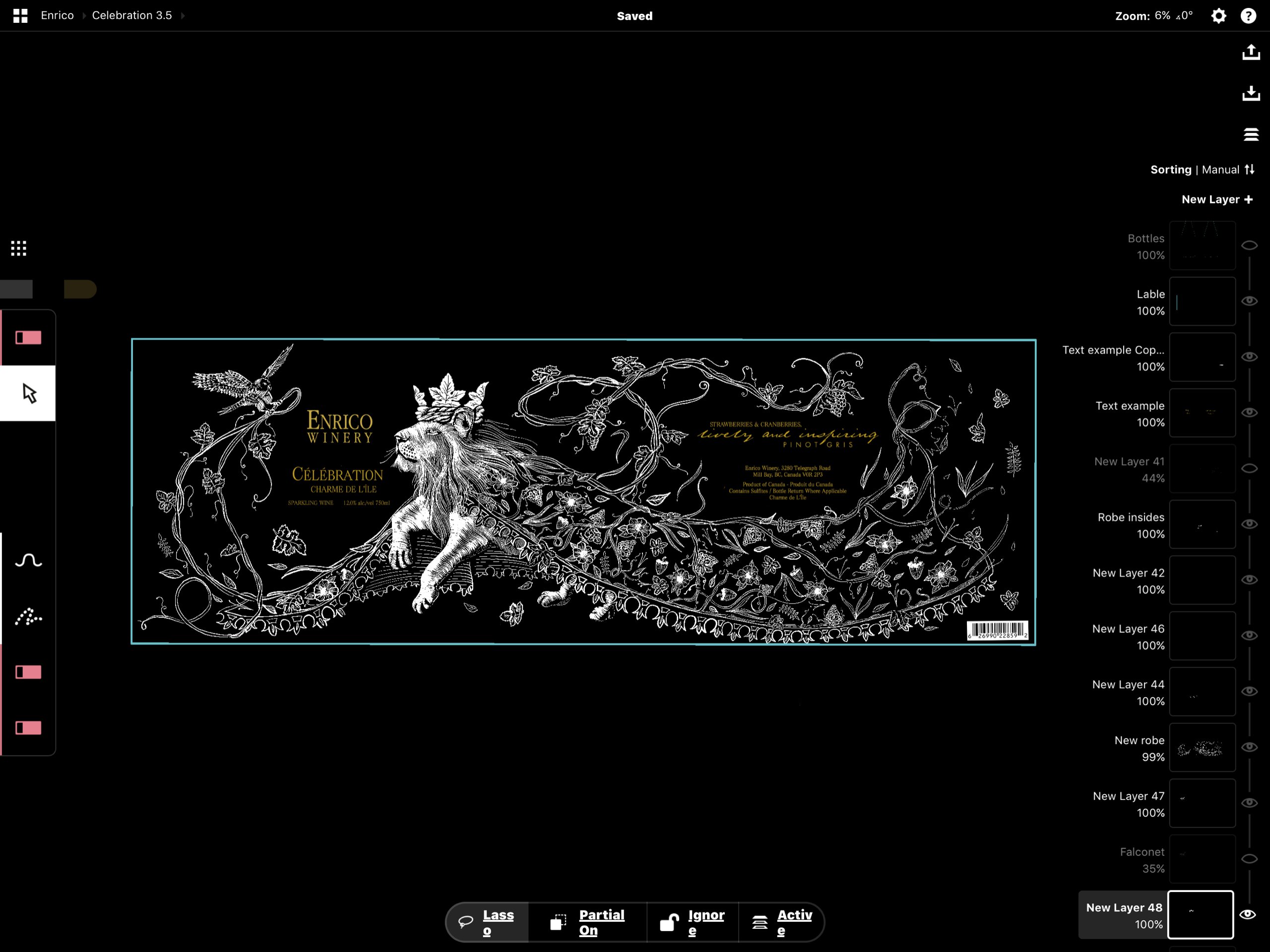 Numerous sketches, adjustments and roughs later, I was able to get to my finished state. Once I had the drawing to the point I was happy, I then proceeded to export it. The ability to export my work as a vector based PDF made it much easier to bridge with Adobe software for the next stages.

I used Adobe Dimensions for creating the 3D mockup, then moved to Adobe Illustrator to prep the files to go to the bottle decorator, turning the mockup into screens to be etched in 10K gold on the bottles. Eventually these labels will become pop up displays, where I will be able to blow up the artwork infinitely.

Love the app and it’s been a treat to work with. I hope to one day retire my old iPad Pro and maybe get a newer one that can expand my abilities and work with even bigger ideas with Concepts Pro in the future. 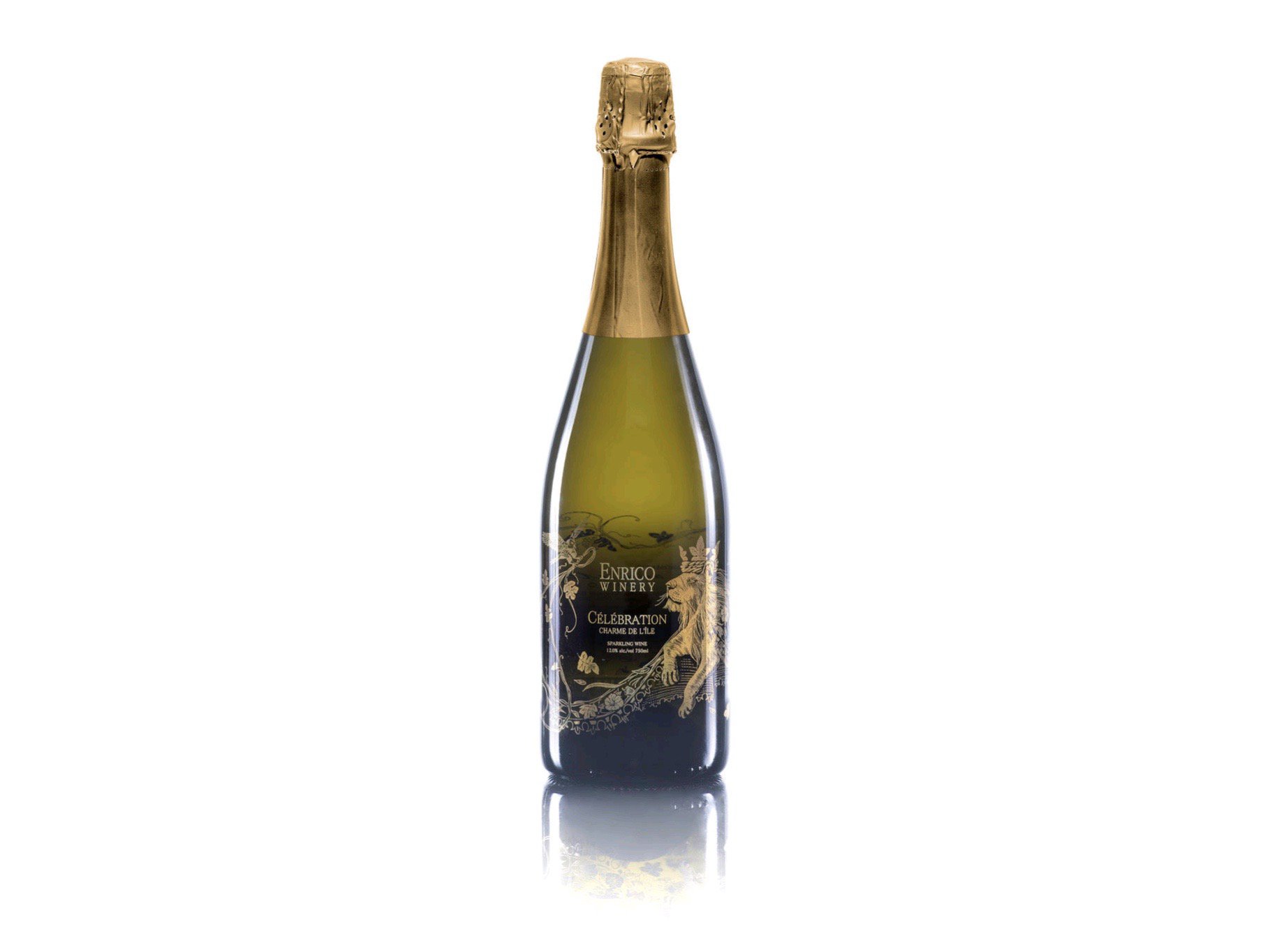 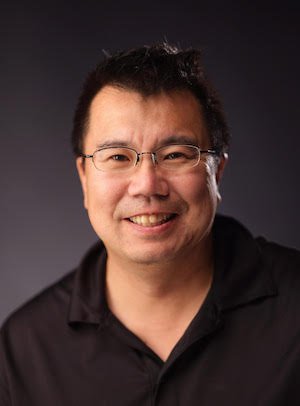 Terrance Lam has been a designer and marketer for over 30 years with emphasis on lifestyle marketing. A former Graphic Design college professor, he returned to the corporate world to help market Enrico Winery, a boutique winery located in British Columbia, Canada. He can be reached by email at creative@terrancelam.com.

Learn to Draw Series - Learn sketching basics, shape, proportion and perspective with our FREE Learn to Draw videos on YouTube.

The Challenge of Creating Big: Capturing Melbourne on the Art Tram - An interview with industrial designer Nyein Aung Chan.

Tips for Exporting Your Designs - Flexibly format your drawings for export in Concepts.

The Slice Tool: Divide and Conquer Your Ideas - Learn how to use Slice to edit, trim and erase your sketch.