An Interview with Director Yarrow Cheney

Director Yarrow Cheney of Illumination Entertainment shares his creative frame of mind behind The Grinch. 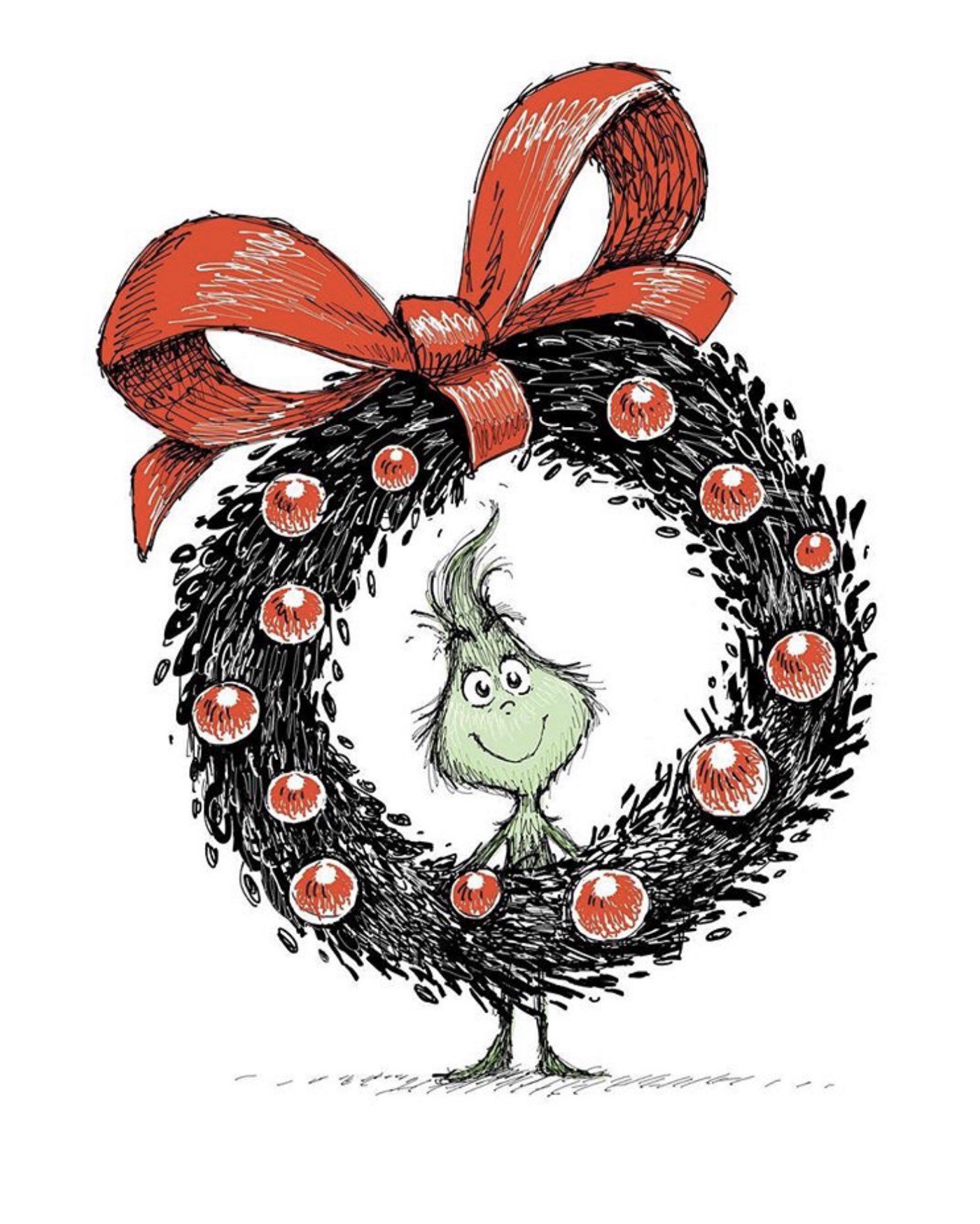 Yarrow Cheney — I grew up in southern California and have loved drawing and painting since childhood. I studied character animation at CalArts from 1992–95 before beginning my career as an animator on films like Cats Don’t Dance and The Iron Giant, then transitioned into production design.

I spent the last 10 years working for Illumination in Paris, production designing and then directing. I co-directed The Secret Life of Pets and just finished directing The Grinch. 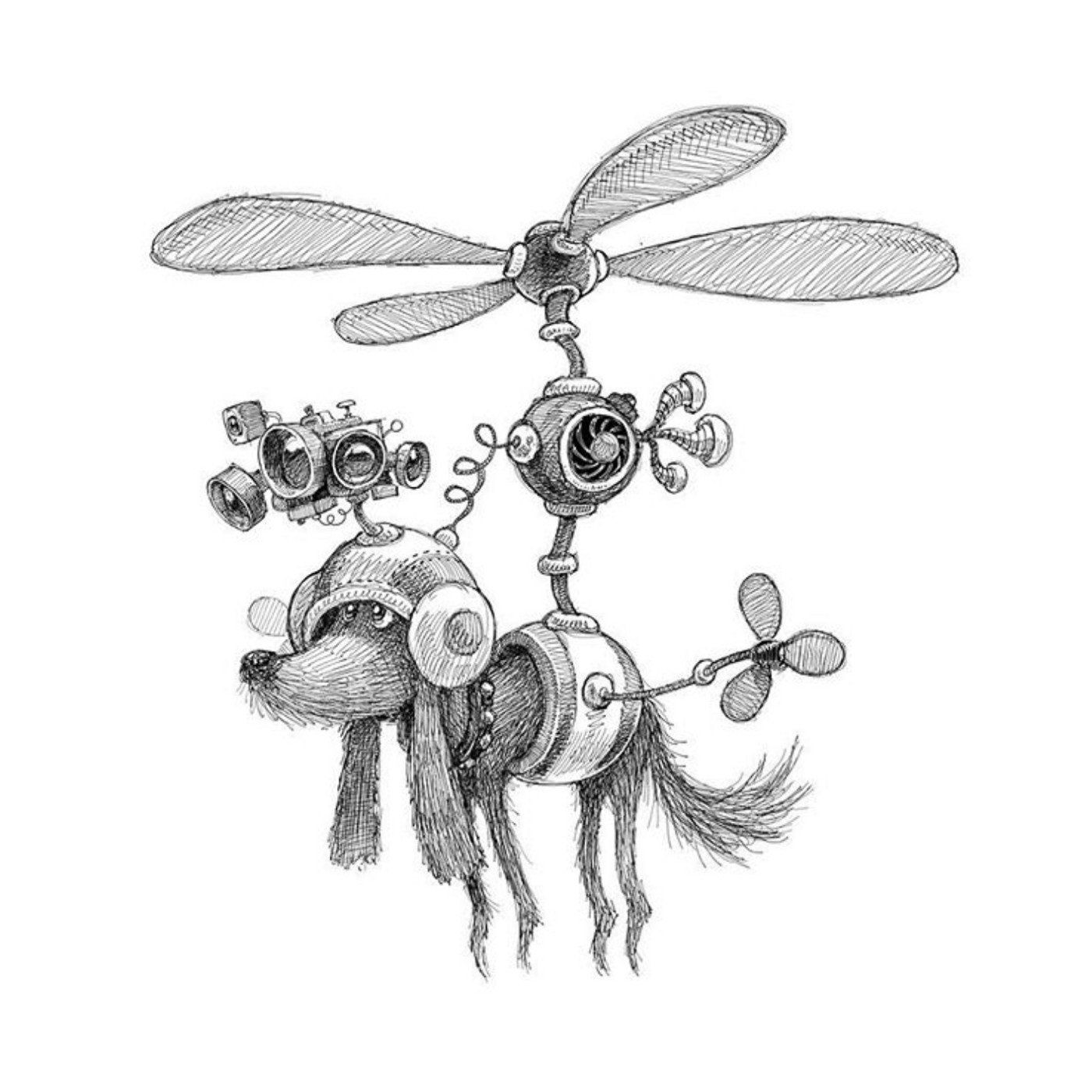 What makes you tick when it comes to your art and characters?

I think one of the wonderful things about being an artist is that you get to create things that have never existed before. It’s an amazing thing. We get to create stories, characters and designs that we can share with other people. And sometimes you can make things that mean something to other people, or make them laugh or bring them joy in some way.

Congratulations on the release of The Grinch! It takes a lot of work to conceptualize and produce a whole story.

Thanks, it was a huge team effort. Making feature films takes a lot of time and a lot of work by a lot of talented artists. 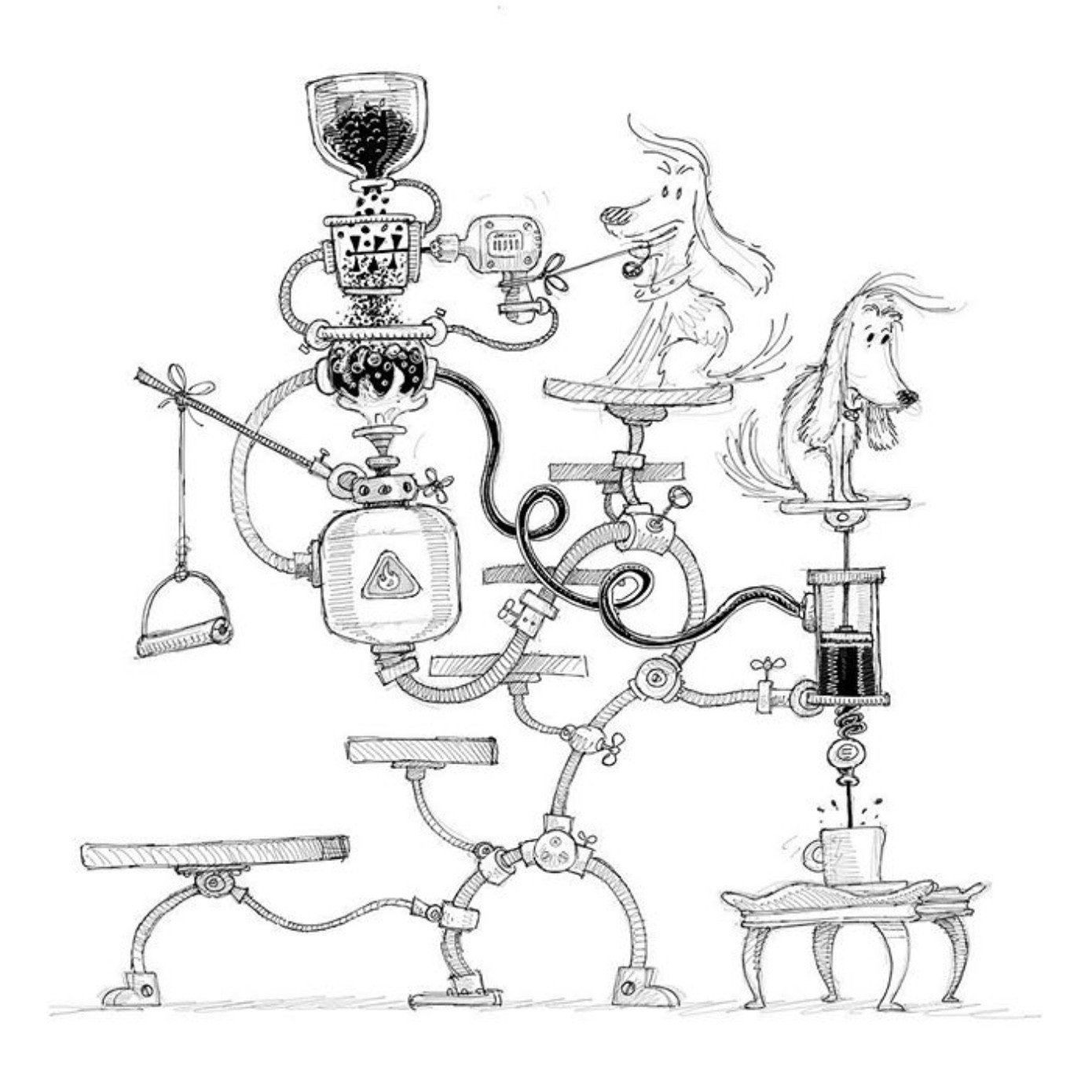 For me, the first step is to sit with an idea and think about it. I don’t tend to start drawing right away. I spend time researching whatever problem I’m trying to solve. Then it’s time to draw and draw and draw, all the while knowing the good ideas rarely come early in my creative process. Often you need to mine for them. 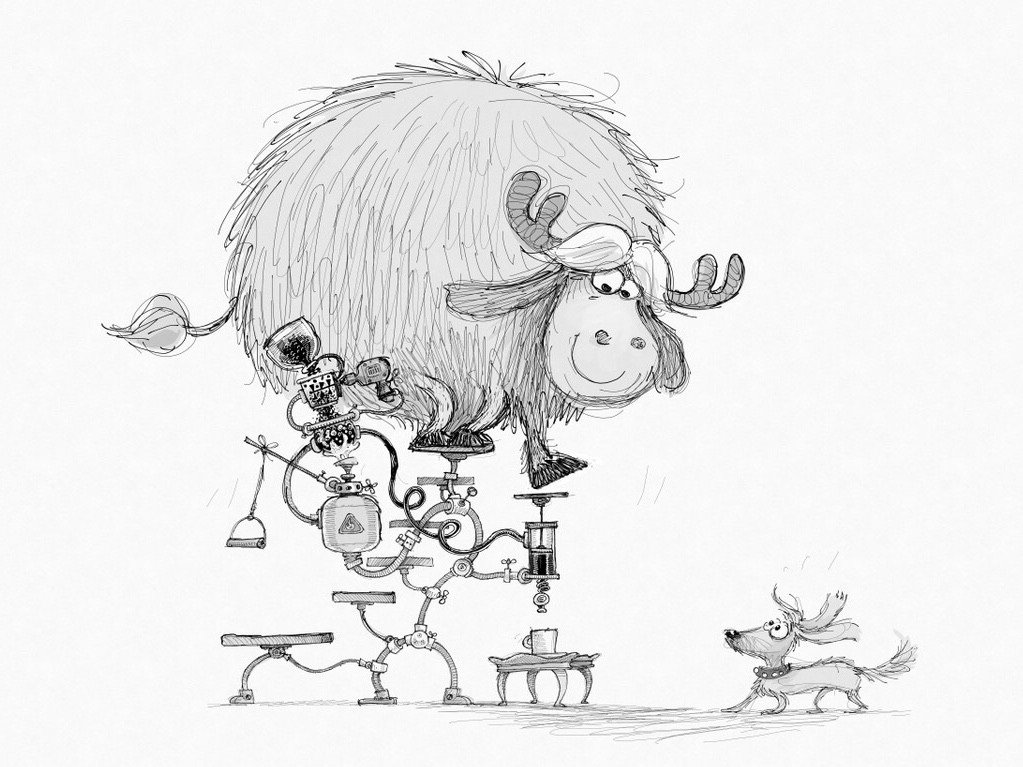 Fred is a remarkably helpful fellow.

What do you need to do as an artist to keep loving your characters and coming back to your project?

For me, it’s finding something in what I’m working on that gets me excited. I try to offer a unique perspective that will be interesting or surprising to an audience. It’s about finding ways to contribute to an idea from your particular point of view. 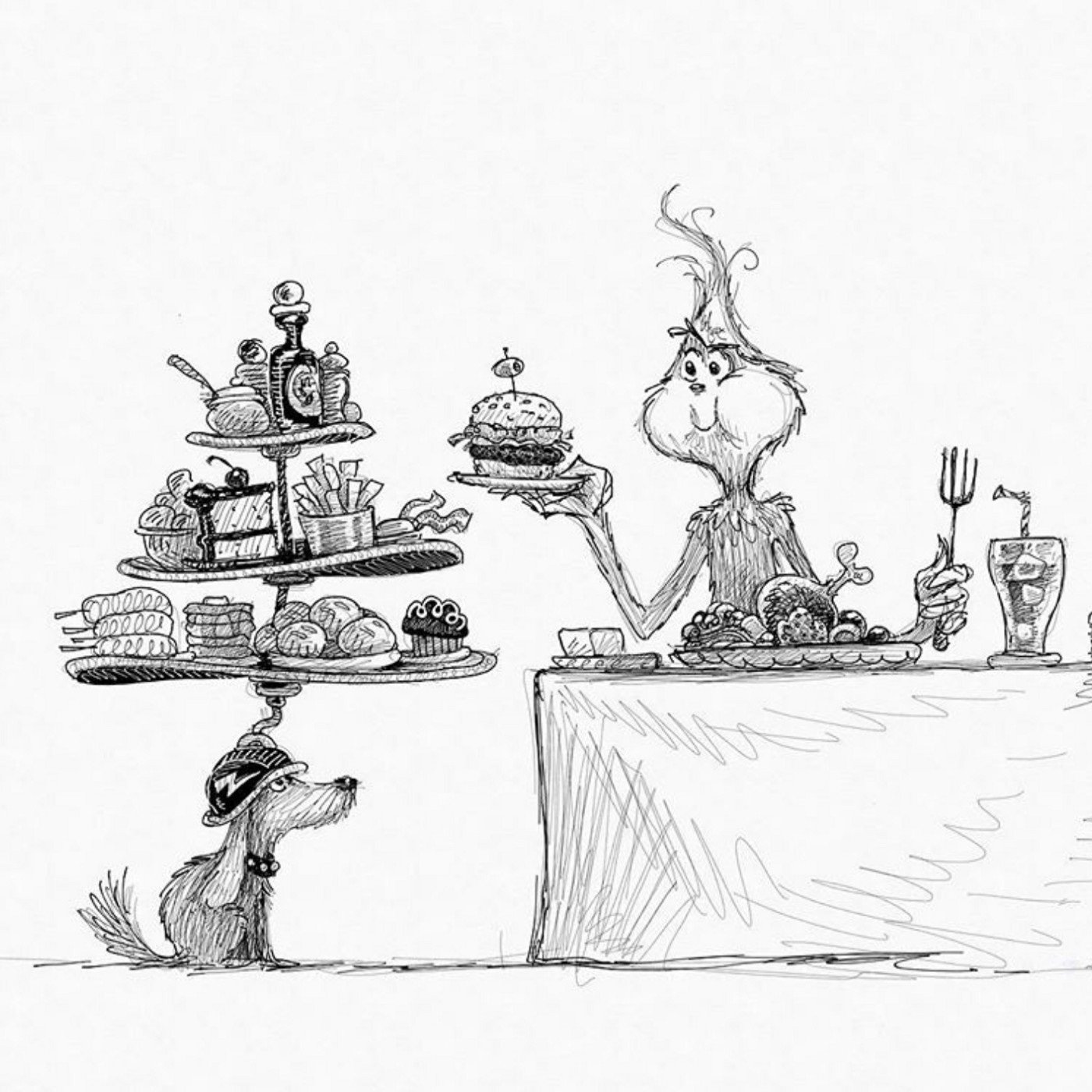 Emotional eating. Max is such a good dog.

What are your go-to tools for sketching?

I work almost entirely digitally. Digital tools have gotten so amazing that it’s hard to imagine going back to traditional analog tools, at least when it comes to designing for film. 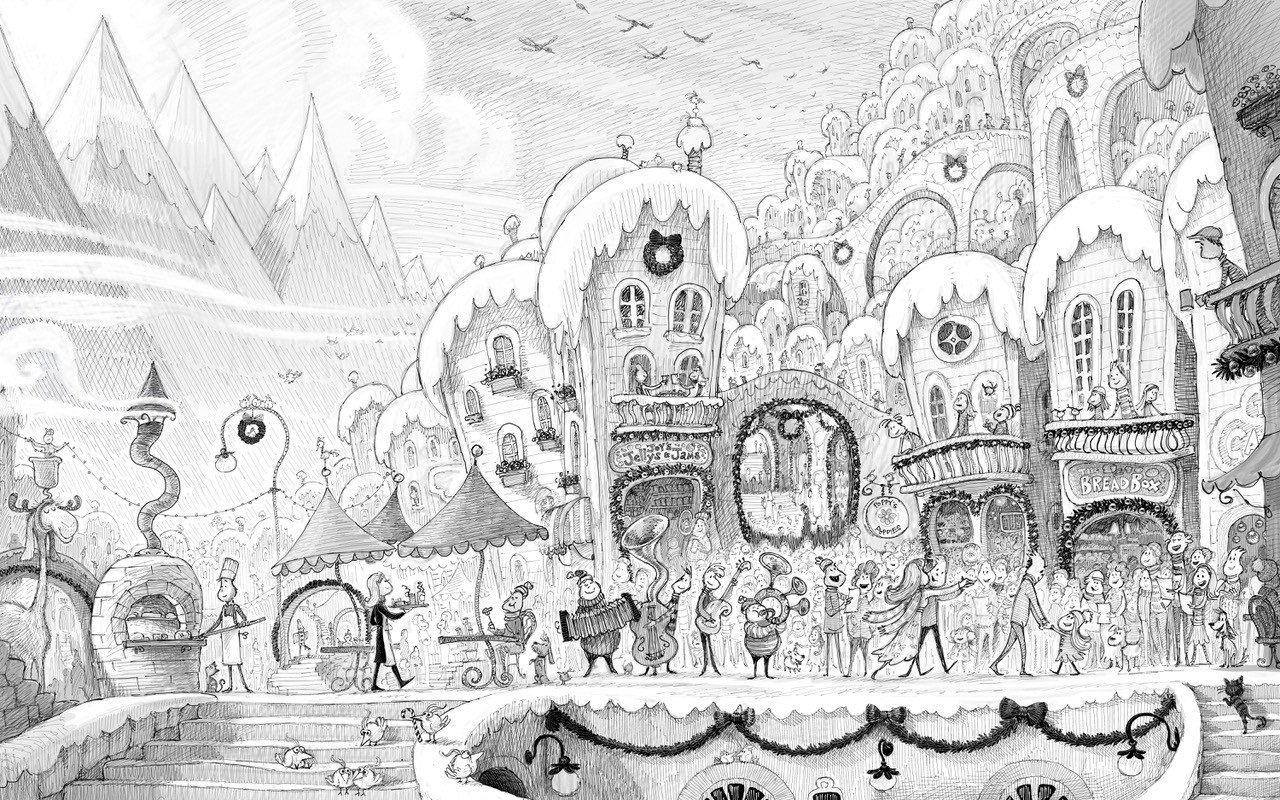 The Whos of Who-ville.

When doing concept work, my go-to tool is the Concepts app running on an iPad Pro. Over the last few years Concepts has become absolutely essential to my process. I use it more than any other application by far.

All of my ideas and designs start in Concepts. The infinite canvas allows me to keep exploring an idea without running out of space or being limited by document size. And since all of the lines are vector paths, I can keep experimenting without worrying about messing something up!

I love that Concepts is such a powerful program that stays out of the artist’s way. And it’s fast — there’s a fluidity to the drawing experience that is so important to me and the way that I work. 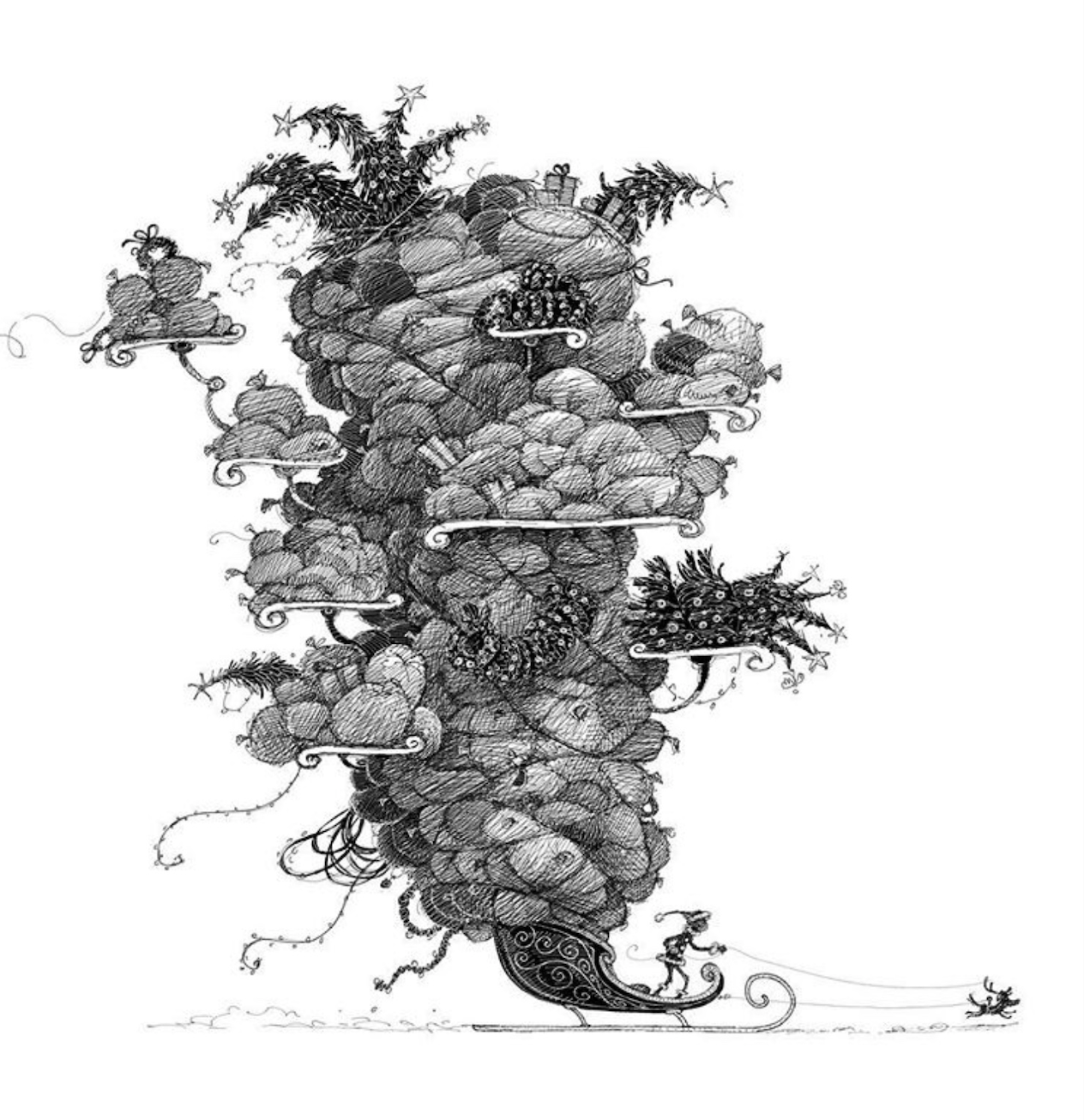 A sleigh full of Christmas, complete with “reindeer”… how does Max do it?

Do you have any tips for artists on how to approach their creative goals?

So much of it is just hard work over a really long period of time. I would guess that the key to success with most things is the ability to persevere through frustrating or difficult periods.

It’s also important to look for ways to constantly learn and improve. You never want to become too comfortable with what you do. We have to be willing to be uncomfortable in order to progress and stretch artistically! 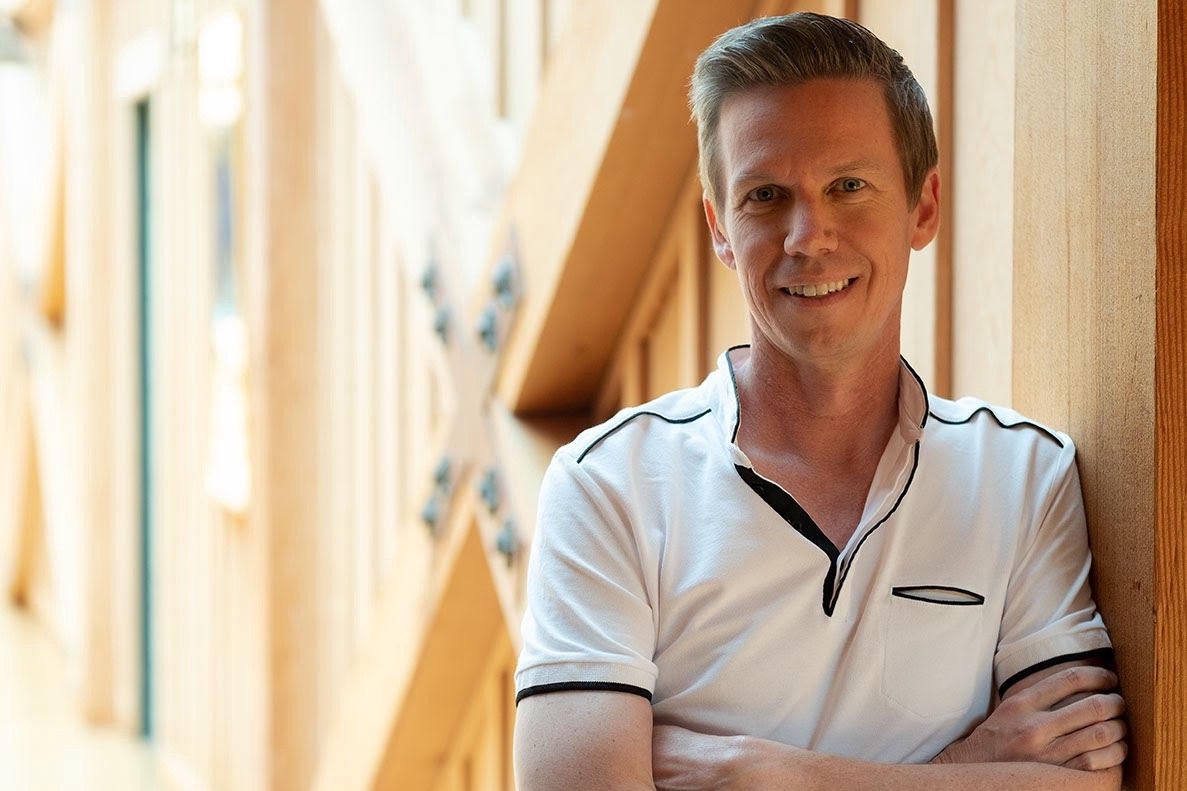 Yarrow Cheney is a film director, artist and designer working in feature animation since 1995. He has spent the last ten years with Illumination Entertainment, working in Paris as production designer on Despicable Me, The Lorax, and Despicable Me 2. He has co-directed The Secret Life of Pets and recently directed The Grinch which is currently in theaters.

The Art of Storyboarding - An Interview with Artist Mimi Chao

The Challenge of Creating Big: Capturing Melbourne on the Art Tram - An Interview with Designer Nyein Chan Aung