Concepts is an infinite, flexible creative tool for all your good ideas. Available on iOS, Windows and Android.

Illustrating The Good Samaritan on the Surface Pro

"This was my first attempt at digital drawing, but Concepts made the transition from paper + brush to tablet + pen easy and exciting. I felt the way Concepts was created allowed me to focus on my work and not be distracted by lots of buttons, slow response or poor design. I had the freedom to really express my creativity in Concepts."

Hi Matthew, congratulations on your new book! Can you tell us about yourself? How did you decide to illustrate a children’s book?

Matthew S. Farmer - I began painting after my father passed away in 2016 as a way to cope and move forward. I found my love for painting in oils and watercolor, and had my first art show in 2017.

I wanted to illustrate a book and was set on doing watercolors, but found that a digital medium is better for reproduction and manipulation of the characters. I prefer traditional media for most of my work, but when it comes to creating characters and illustrating, digital is the best.

Around June of 2018, I had an idea for a children’s book that helped make the parables in the Bible understandable for young children. I decided to retell the story of The Good Samaritan. I started sketching and painting my characters for this book, and came up with some great first drafts, but the thought of turning those characters into a storyboard and multi-page illustration was a little scary. 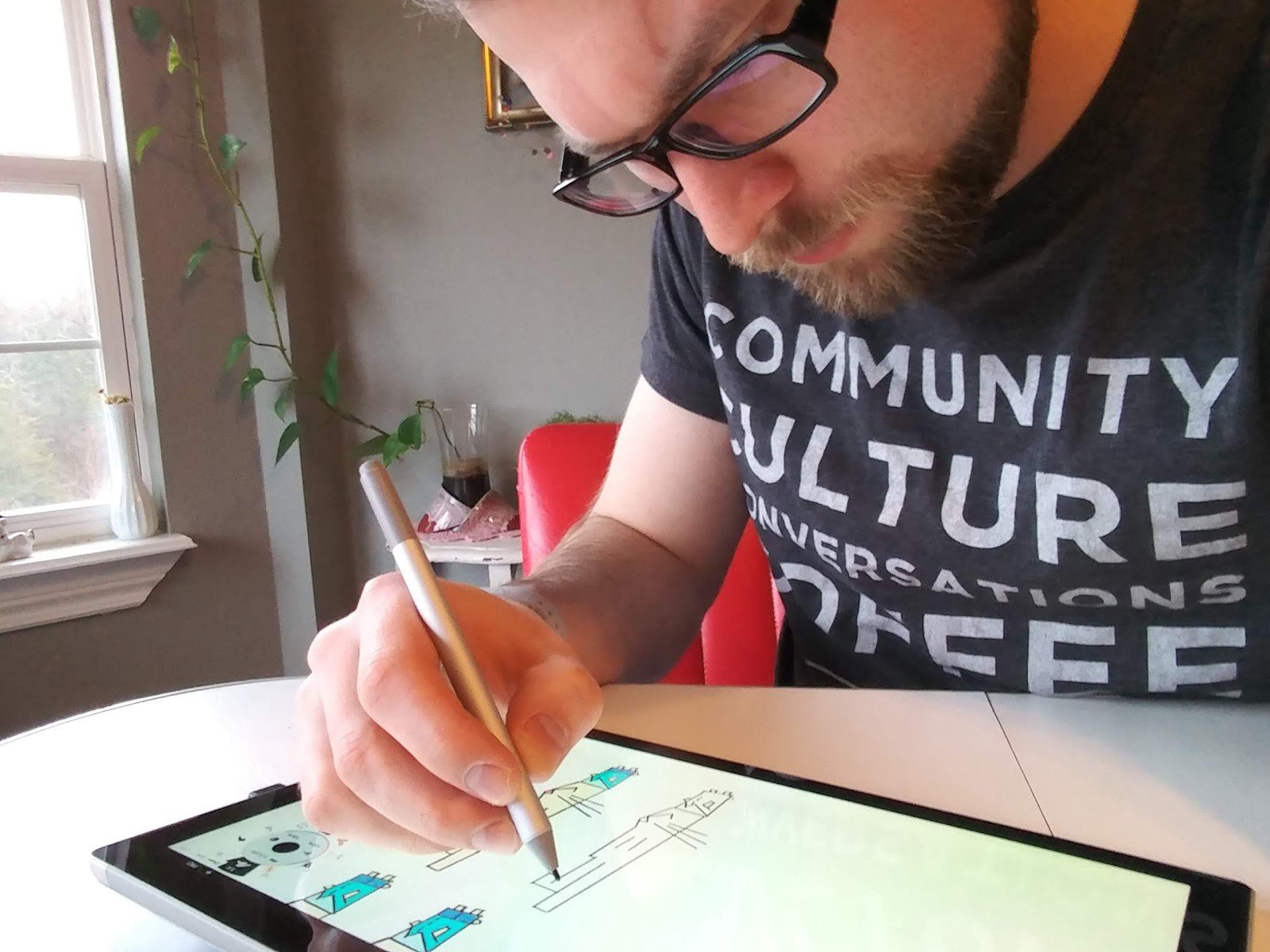 What prompted you to go with the Surface as your choice of tech, and how do you like it? How did you discover Concepts and how did it help you to create your book?

Around that same time, I purchased a Surface Pro. The biggest draw for me getting the Surface Pro was its focus on creatives and the Surface Pen. I’m an Android user so I didn’t have much reason to go towards the iPad.

Surface in hand, I began trying out the Pen with drawing apps. I trialed about a dozen apps before I found Concepts. Once I started using Concepts, something happened — I started having fun drawing on the Surface. Previous apps had poor design, lack of response, strange input controls or difficult-to-understand settings, but Concepts removed those barriers and actually made the creation experience fun.

Once I started using Concepts, I decided to transfer my sketches and paintings to the app to create consistency in my character models. 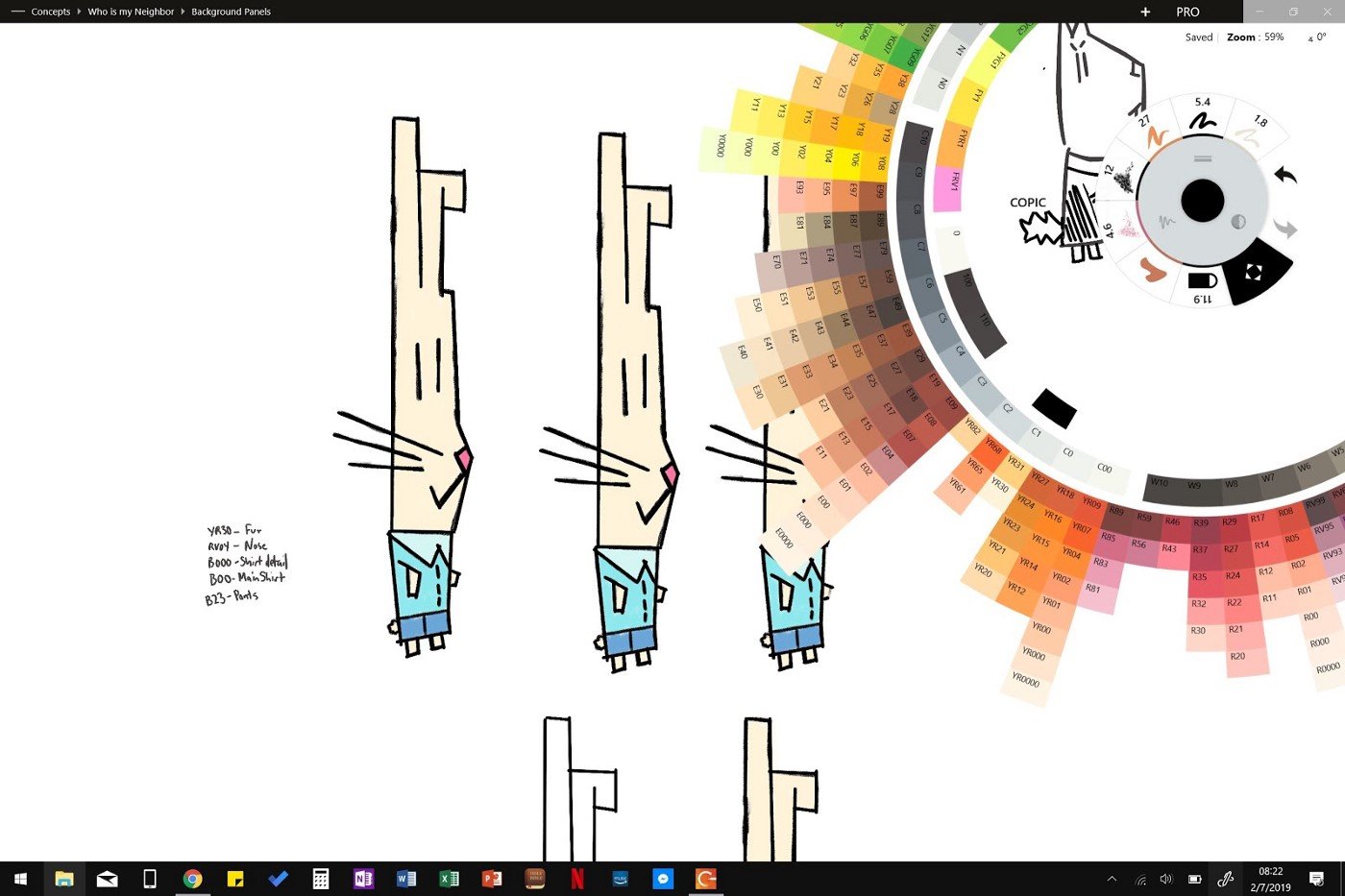 Some of my characters with the Copic color notes jotted on the side, so I can keep them consistent.

The color wheel is my favorite part. I completed my design and color choices with ease, reproducing images quickly using the duplicate button. The character design aspect was really fun because I could change colors, brushes, and orientations of the character without messing with my original design. Then I could place them side by side and compare. 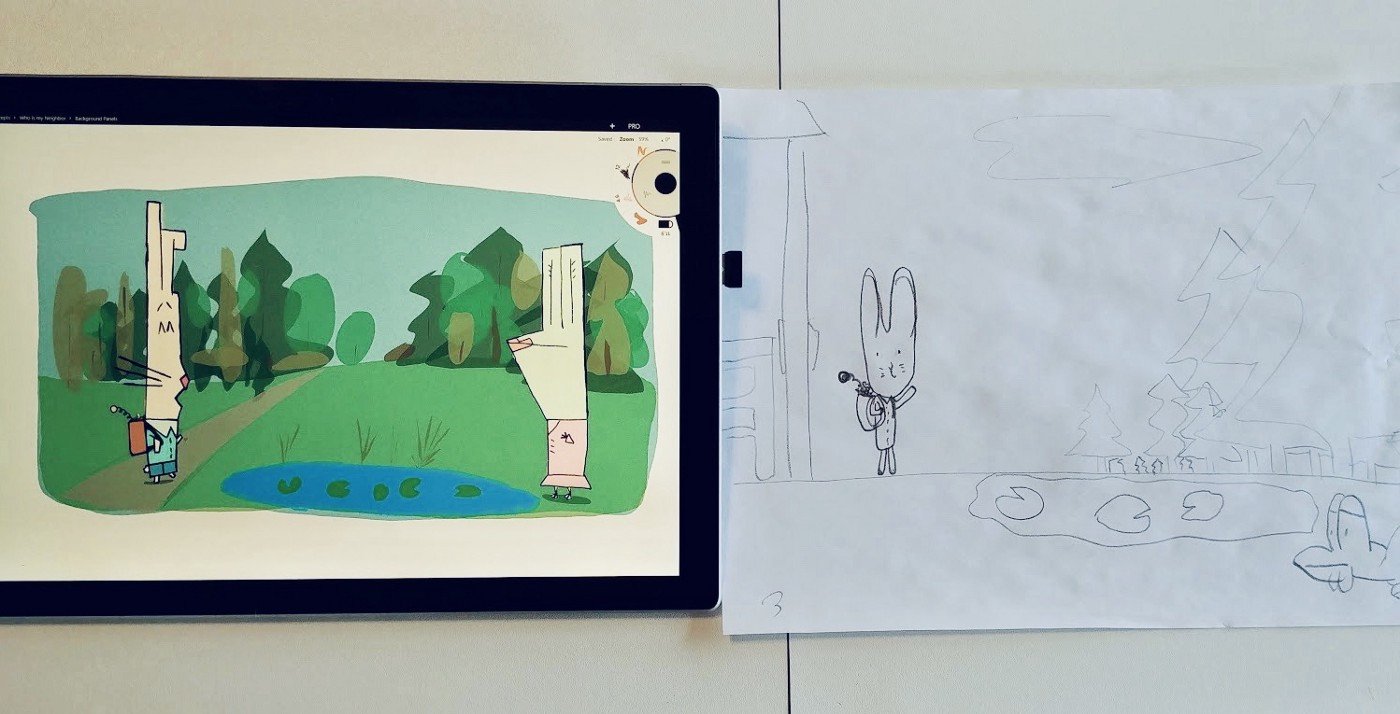 Concepts was so great to create the characters in that I decided to go ahead and create the rest of the illustrations with the app. 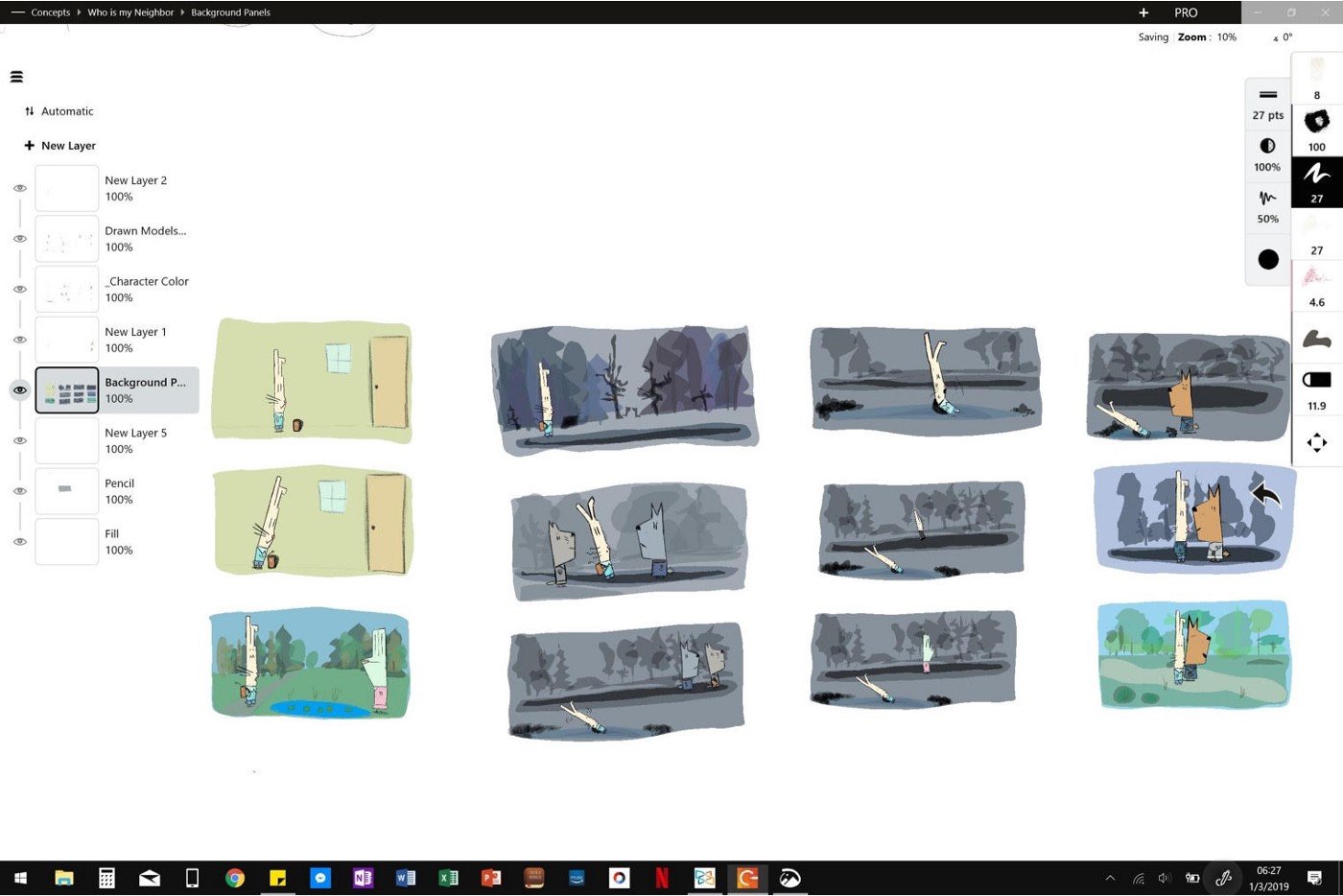 Here are some of the scenes for the book, you can see how I fit them all in one drawing so I could keep them in view and compare them with each other.

This was my first attempt at digital drawing, but Concepts made the transition from paper + brush to tablet + pen easy and exciting. I felt the way Concepts was created allowed me to focus on my work and not be distracted by lots of buttons, slow response or poor design. I had the freedom to really express my creativity in Concepts. 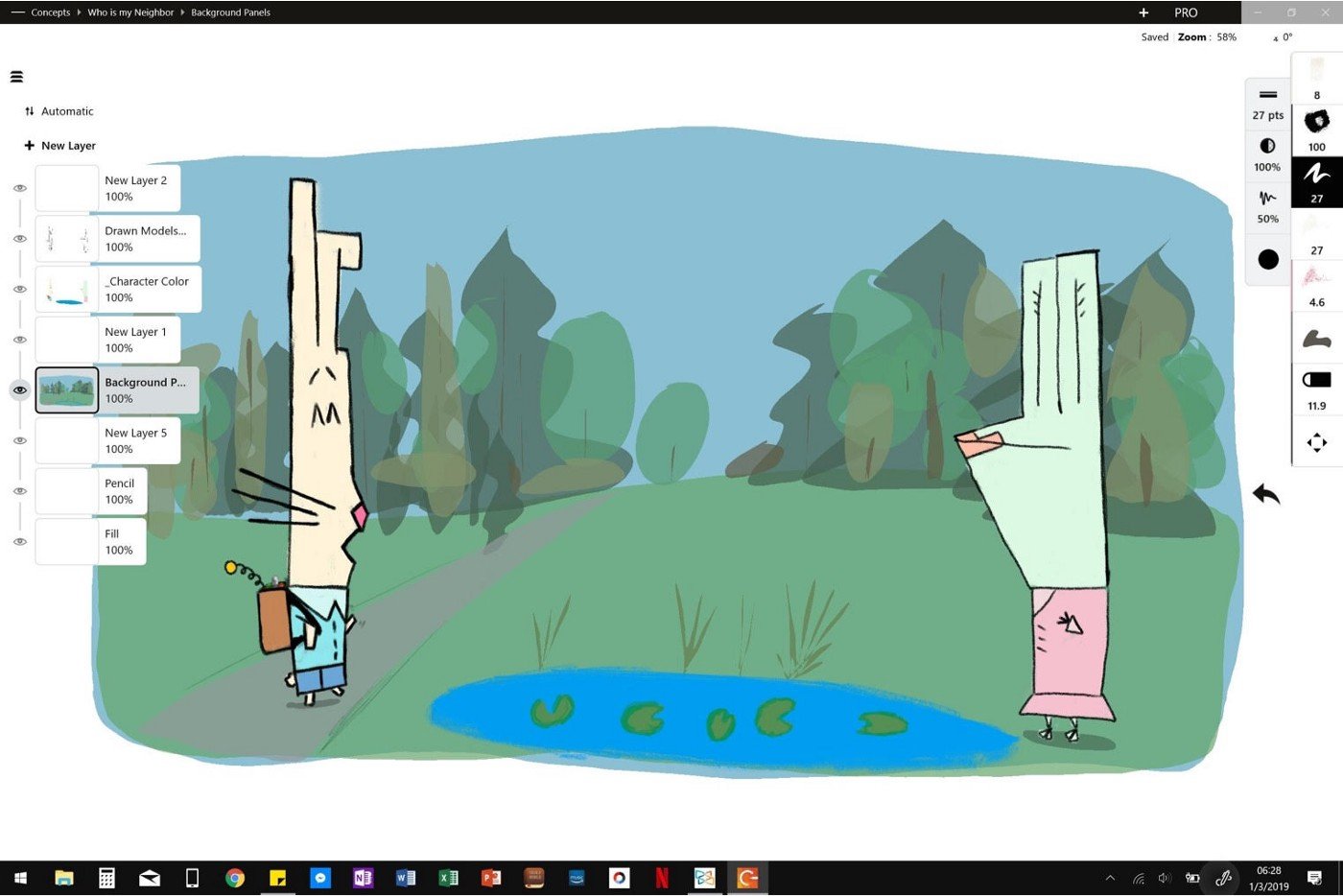 In this scene, the main character, Ronnie Rabbit, is leaving for a trip and saying goodbye to his neighbor, Tara Toad.

Things that I love about using Concepts:

Things that I hope are coming:

Since I completed this project, Concepts has released image import for the Surface. This was also on my wishlist, and I’m loving it so far. I’ve been digitizing several of my other paintings with it.

How did you format your drawings for your book, and turn them into a published story?

I love being able to work on a project in Concepts, then pull up GIMP and immediately transfer the files over to work on them. I am not sure if it is that easy for the iPad, but it is big win for me with the Surface.

I exported the scenes from Concepts as PNGs, then imported them into GIMP to add text. This was the only thing I couldn’t do in Concepts. 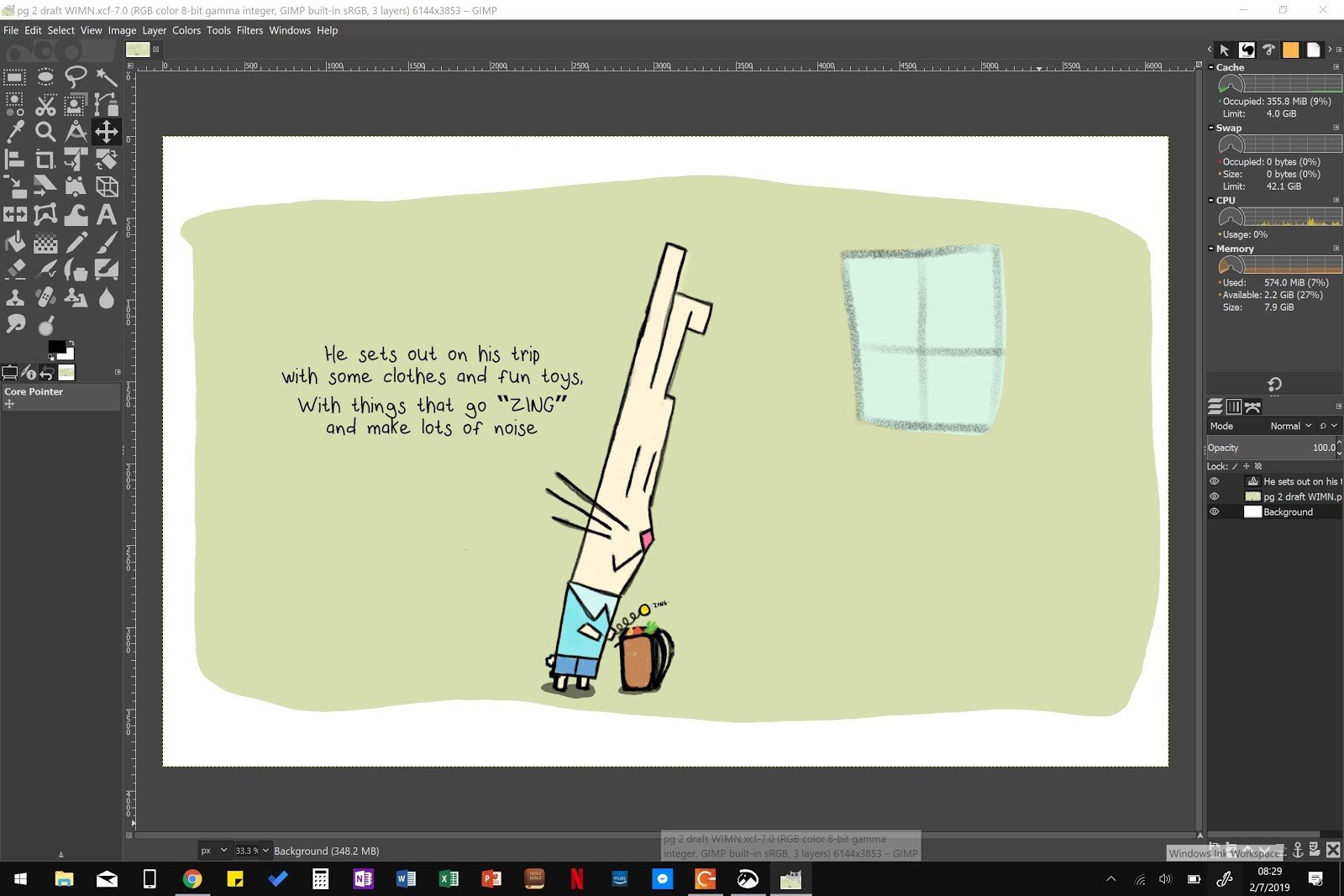 Once I had a rough draft with all the final images, I contacted a local print shop at a nearby college to see what my options for printing were. They told me which sizes and formats they needed, so I went back to GIMP and finished the final formatting.

I sent the files to the shop for printing and about one week later had the finished product. 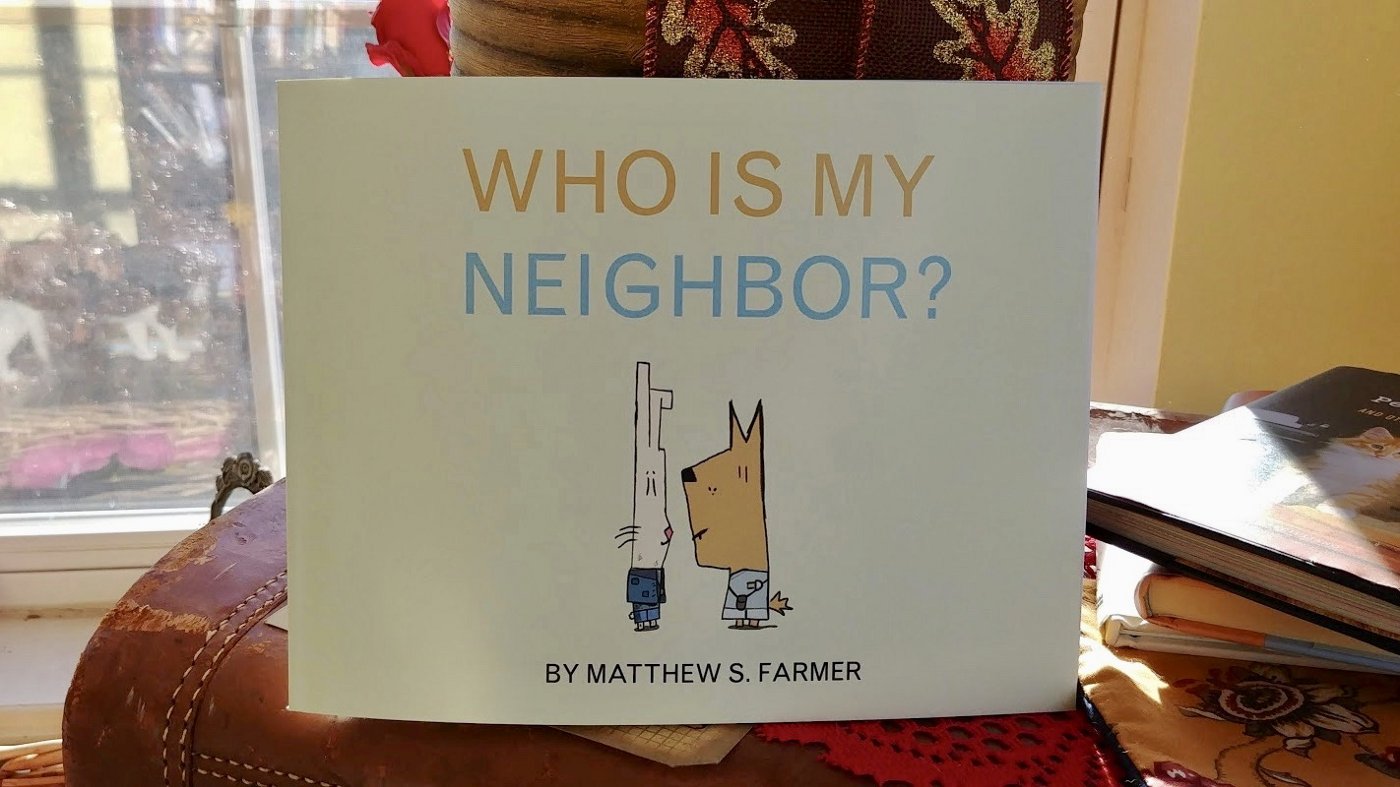 It was much more affordable than the “self-publishing” online printers. I also purchased an ISBN number and got the book registered. Once everything was complete, I added the book to my website for online sales. You can order it from here.

Who Is My Neighbor?  tells the Biblical parable of the Good Samaritan in a way that can capture a child’s attention and memory. Ronnie Rabbit is robbed but then helped by an unlikely friend and discovers what being a neighbor is all about. The text has a memorable rhyme and rhythm that is perfect for our littlest readers. 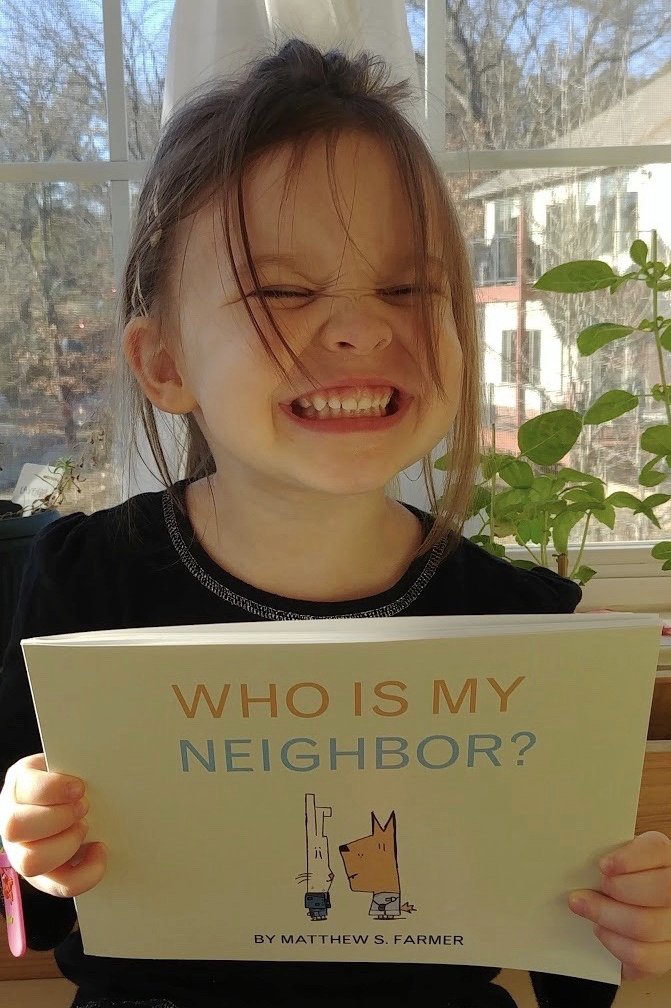 Matthew S. Farmer MSN, RN is a Nursing Director at Cox Medical Center Branson in Branson, Missouri. He and his wife, Jessica, own a coffee shop called Vintage Paris in downtown Hollister, Missouri. They have a 3 year old daughter named Quest.

Imagining the Grinch: Creating Concept Art for Film - Director Yarrow Cheney of Illumination Entertainment shares his creative frame of mind behind The Grinch.

Select and Edit Your Notes, Drawings and Designs - Learn how to select and edit anything you draw in Concepts.